Phoenix, Arizona - Attorney General Mark Brnovich announced Friday that 30-year-old Jesse Anthony Garcia, of Goodyear, has been sentenced to 20 years in the Arizona Department of Corrections for sexual exploitation of a minor.

Upon release from prison, Garcia is subject to special terms of probation for sex offenders, and will have computer usage restrictions. Garcia will also be required to register as a sex offender.

The case was investigated by Special Agents with the Homeland Security Investigations (HSI) based upon an investigation initiated by the Queensland (Australia) State Police. Assistant Attorney General Todd Lawson prosecuted the case.

"Criminals who commit despicable acts against children cannot hide behind computer screens," said Attorney General Mark Brnovich. "Our partnerships with local, federal, and international authorities have helped lead to the arrest and conviction of individuals who abuse and exploit our youth."

“This investigation demonstrates Homeland Security Investigation’s (HSI) unwavering commitment to rid our community of child predators who seek to violate our most innocent population,” Scott Brown, Special Agent in charge for HSI Phoenix. “HSI won’t ever relent when it comes to protecting children and prosecuting predators whose perverse behavior has no place in our society.”

Below is a photograph of Garcia. 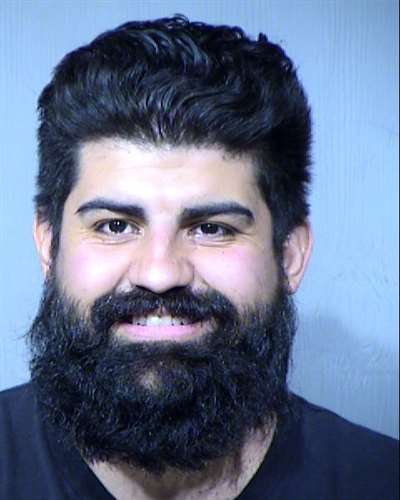