Leading The Charge In Civics Education

Phoenix, Arizona - Arizona is taking steps to ensure the next generation receives a high-quality civics education. In 2015, Arizona became the first state in the nation to pass the American Civics Act, requiring high school students to pass the citizenship test before graduation. Since then, 34 states have followed suit.

In his State of the State Address, Governor Ducey proposed building on this progress by allowing students to take the test before high school. Senator Sylvia Allen introduced S.B. 1356, allowing seventh and eighth-graders to take the test and increasing the passing score from 60 to 70 percent. 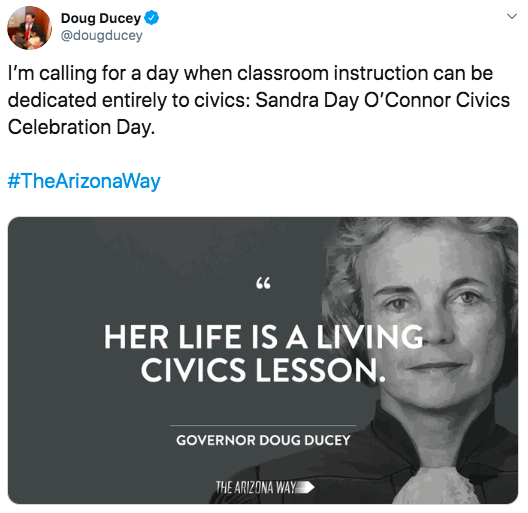