Jobs On The Rise

Additionally, the tech sector grew significantly throughout the state. According to the Arizona Technology Council, Arizona’s tech sector is growing at a rate 40 percent faster than the U.S. overall. Tech jobs in Arizona have seen a 5.1 percent wage growth, with an average annual salary of over $80,000. 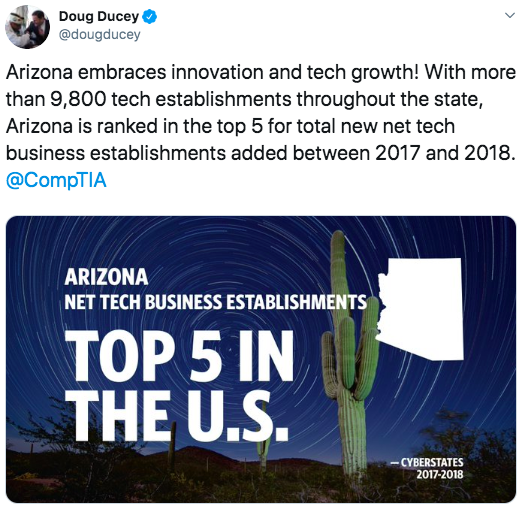 Southern Arizona is making waves in the state’s overall tech growth. CBRE recently named Tucson its top “opportunity market” for tech talent among its categories for smaller and mid-sized markets. Tucson has experienced a 90 percent increase in tech jobs over the last 5 years — the highest of any market in CBRE’s rankings. Tucson also surpassed all other markets for five-year annual tech wage growth, which has grown 29 percent to $90,528. 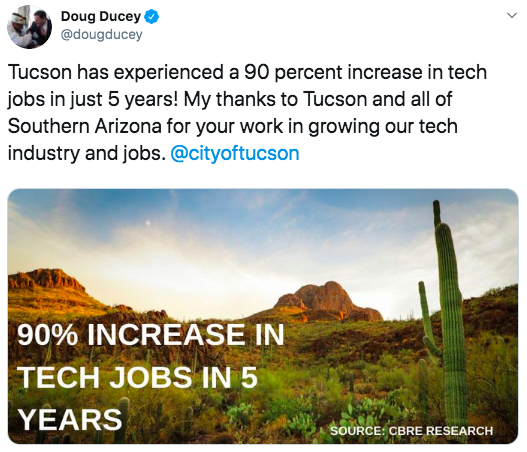 Arizona is also experiencing its strongest manufacturing job growth in 30 years. Data shows Arizona exported $19.5 billion worth of goods in 2018 and the state’s manufacturing employment increased 9 percent from 2014 to 2018— compared to the national average of 4 percent. Right now, Arizona supports more jobs in the manufacturing sector than it does in construction.