Phoenix, Arizona - Moody’s Investors Service upgraded Arizona’s credit rating from Aa2 to Aa1, the second-highest rating Moody’s offers and the highest issuer rating Arizona has ever received. Arizona is also the only state in the nation to have received two ratings upgrades from Moody’s in the past five years.

See what others are saying:

“A solid and increasingly diversified economy, along with prudent budget policies, have led to an upgrade in Arizona's credit rating. Rating agency Moody's Investors Service said it expects Arizona's economy ‘will continue to perform positively and that the state will maintain ample reserves’ in boosting Arizona's rating to the second highest notch.” 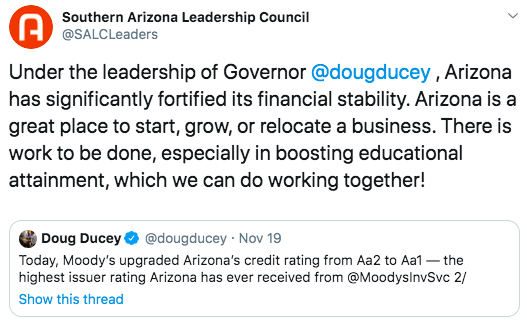 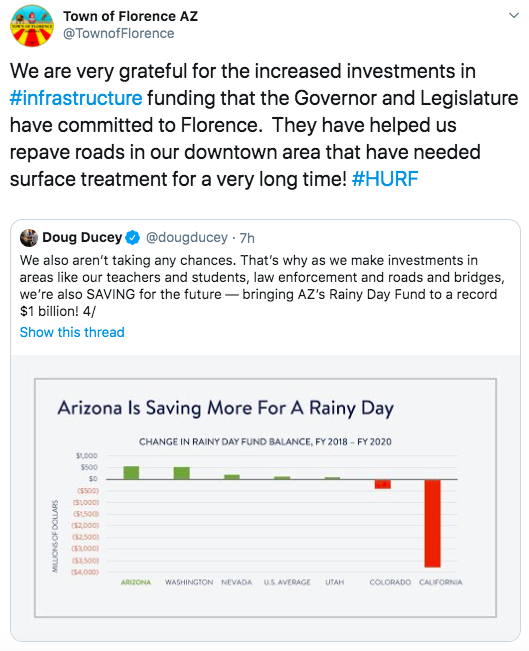