In addition, this year’s balanced budget includes $50 million to install broadband conduit and fiber along 514 miles of rural interstate highway as well as an additional $9 million for highway safety technology that utilizes the new fiber. These Smart Highway Corridors include: 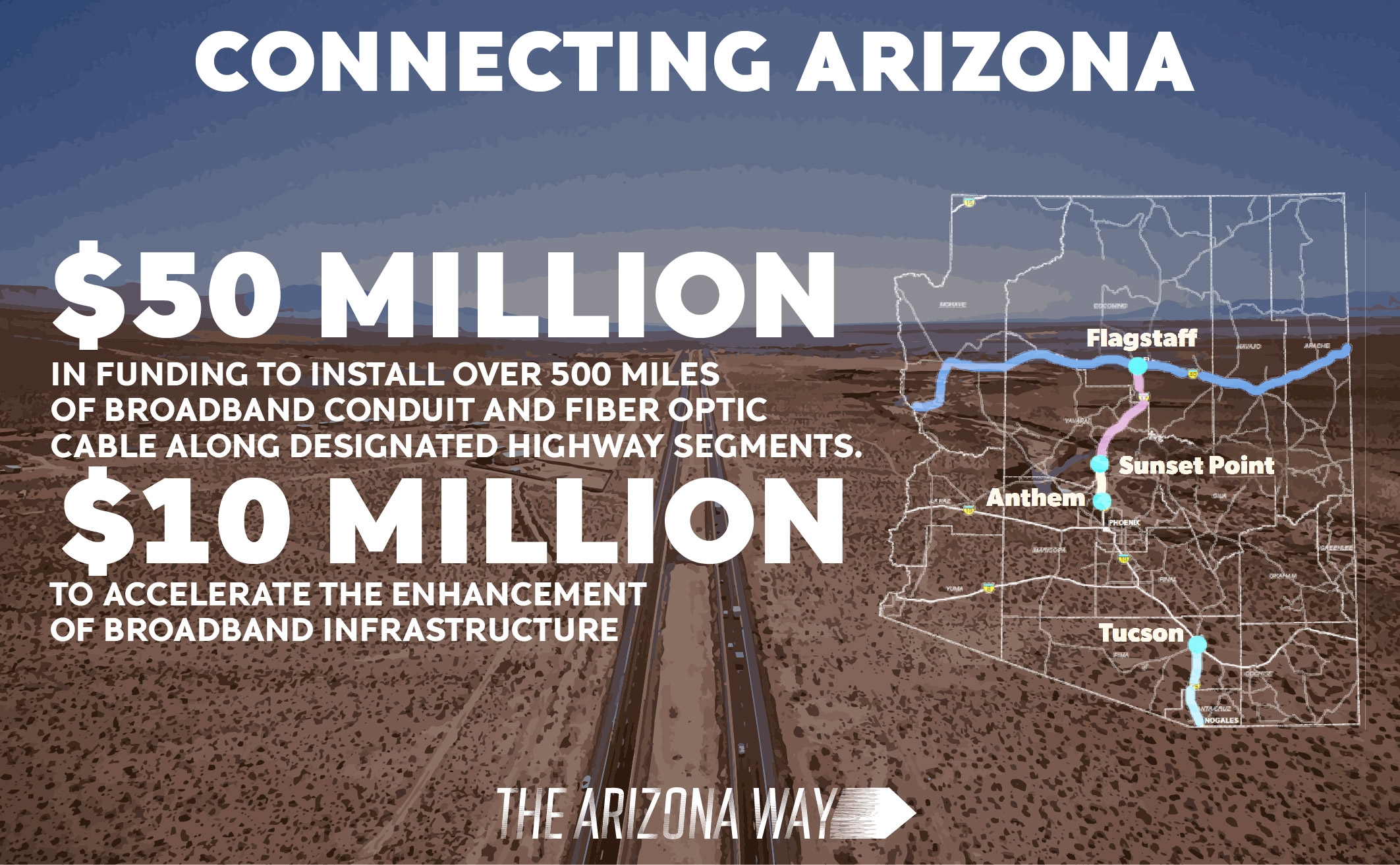