Phoenix, Arizona - Companies across the globe are choosing Arizona to expand or relocate — and they are bringing a wide range of job opportunities with them.

Over the weekend, the Arizona Republic wrote:

“Healthy job growth and population gains led to a banner economic year in the state, according to a University of Arizona economist who expects the momentum to continue into 2020.”

Here are some of the companies that chose Arizona this year: 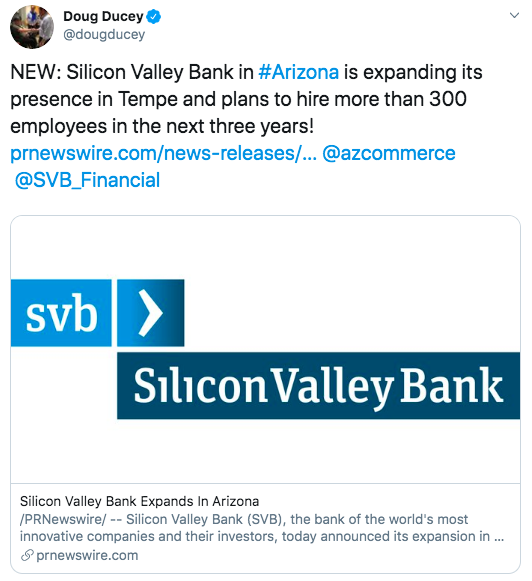 Silicon Valley Bank last month announced it plans to hire more than 300 employees in Tempe over the next three years. The bank has also expanded its presence in Tempe, securing an additional 60,000 square feet of office space. 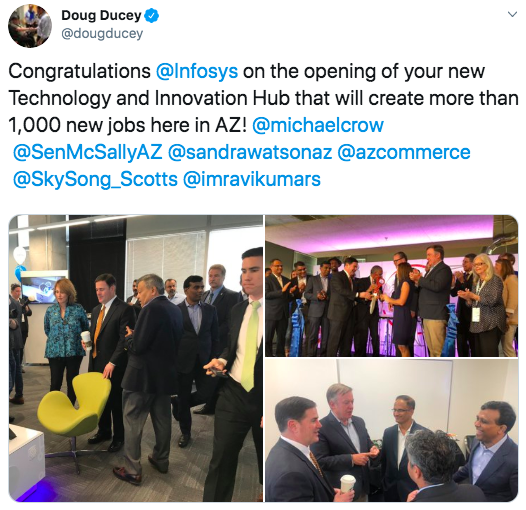 Infosys, a technology consulting company, held the grand opening of its Technology and Innovation Hub located in Scottsdale this September. By 2023, the hub will create more than 1,000 jobs for a variety of technology positions. 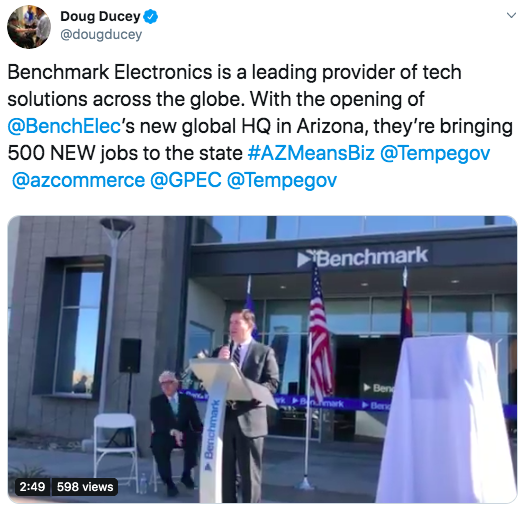 Benchmark Electronics, a leader in technology solutions, announced this February it will bring 500 new jobs to Arizona with the opening of its global headquarters. Benchmark’s Arizona site focuses on the aerospace and defense, test and instrumentation and medical sectors. 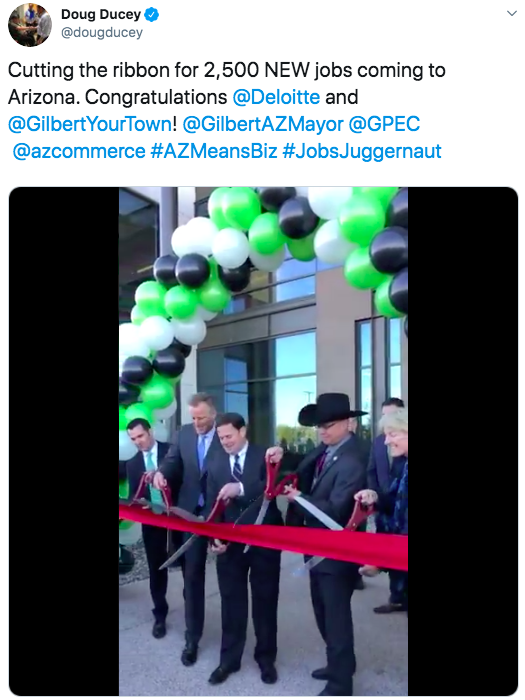 Audit, tax and consulting firm Deloitte this January held the grand opening of its new operations center that will create more than 2,500 jobs in Arizona. The facility is expected to generate $9.1 million in direct and indirect financial impact over the next 10 years. 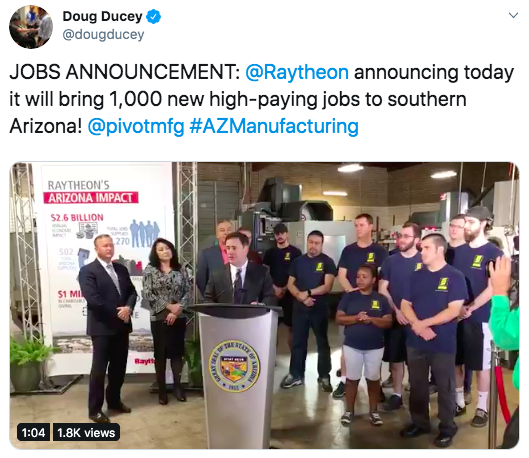 Technology and innovation leader Raytheon Missile Systems in October announced it will create 1,000 high-paying jobs in southern Arizona. During the announcement, Raytheon highlighted a study that details the company’s $2.6 billion dollar impact to Arizona.